This was a faithful car with fantastic handling. We had a very good relationship for several years. In 2004 I bought a 1998 Ford Mondeo 1.8 TD Ghia Estate. But I simply couldn't park the Granada just yet.
In August 2004 my Granada and I drove to the Granada-gathering in Gol. I placed a "for sale" poster in the rear window. In the last corner before Gol he threw the right extra headlight into the ditch. "I don't want to be sold!” Several were interested, but my Granada and I did drive back home together......
We had some very nice excursions during the autumn of 2004. But in November I wanted to hand-in the number plates. And in order to reach the rear number plate I had to drive a bit forward. But he would't start! That had never happened before. "I don't want to lose my number plates!"
During the winter I got some help and towed him to the nearest garage. There he started, and roared as he always had done! He was obviously very happy to come to the garage! As he had no number plates we had to tow him back home. So all I needed to do was to back him up into the his garage. As half the car had come into the garage he came to a full stop! "I don't want back in there"! So I got some help and pushed him in.

In the spring of 2005 I sold my Granada to someone living in Balestrand. The new owner got him started up. But one day he wanted to sell him. He told me that the Granada cruised up the mountain pass Gaularfjellet like a super car. But on the border between Balestrand and Gaular he came to a sudden stop! "I don't want to leave Balestrand!"

Do you believe my Granada had a soul? I do believe so. 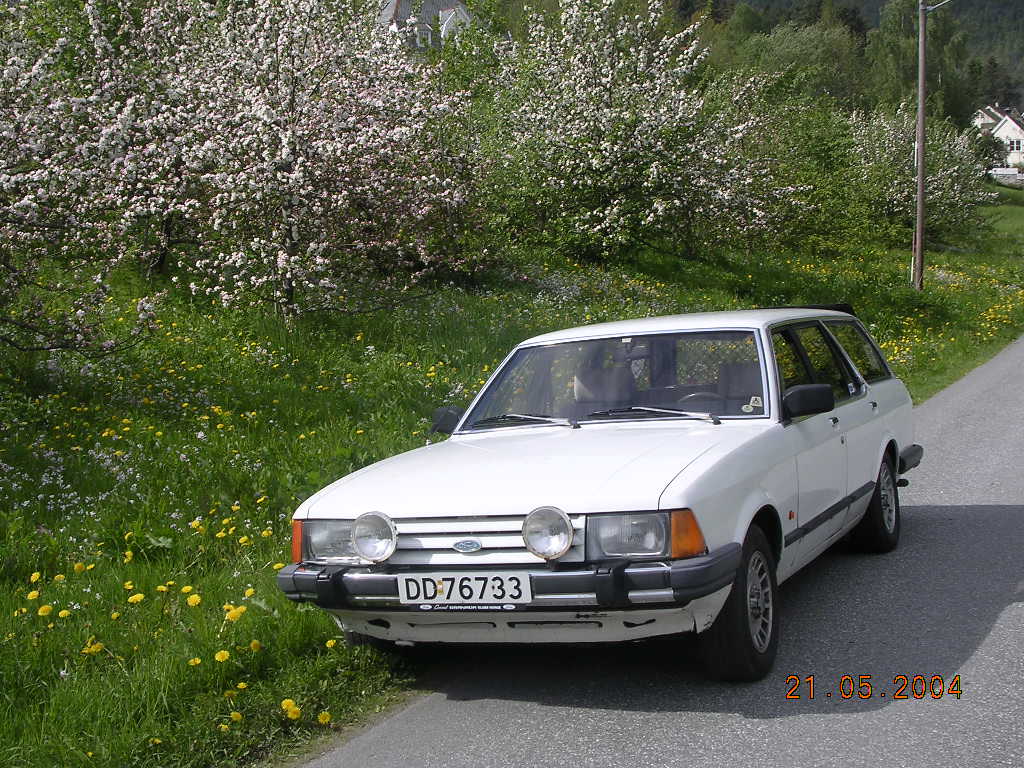 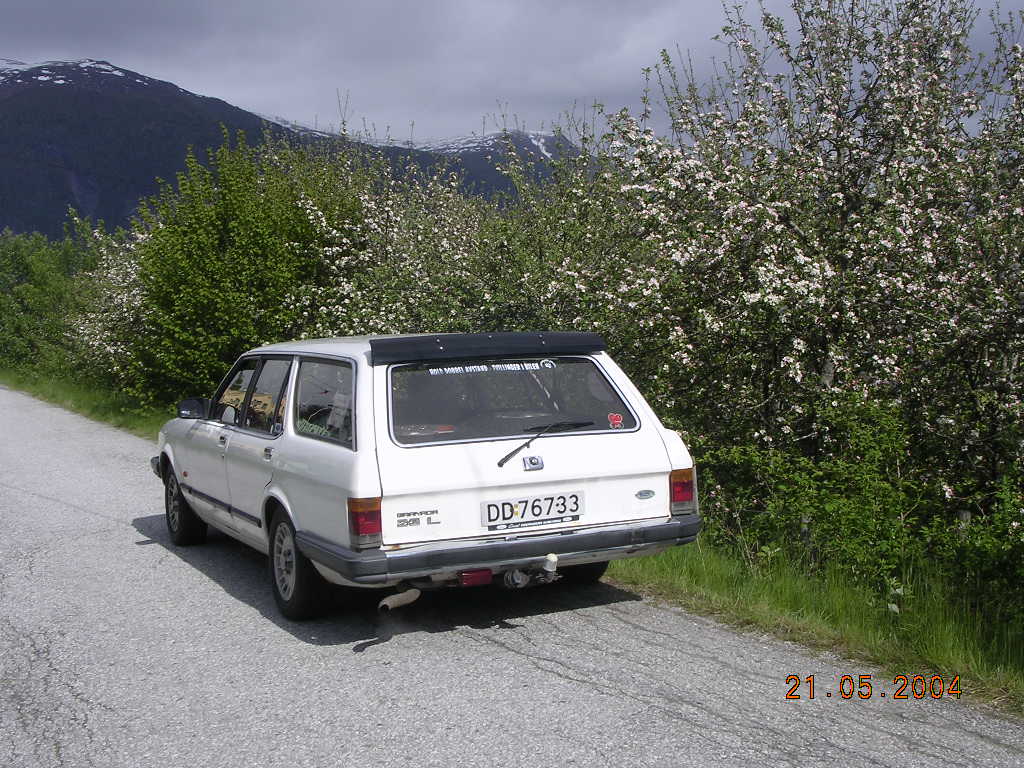